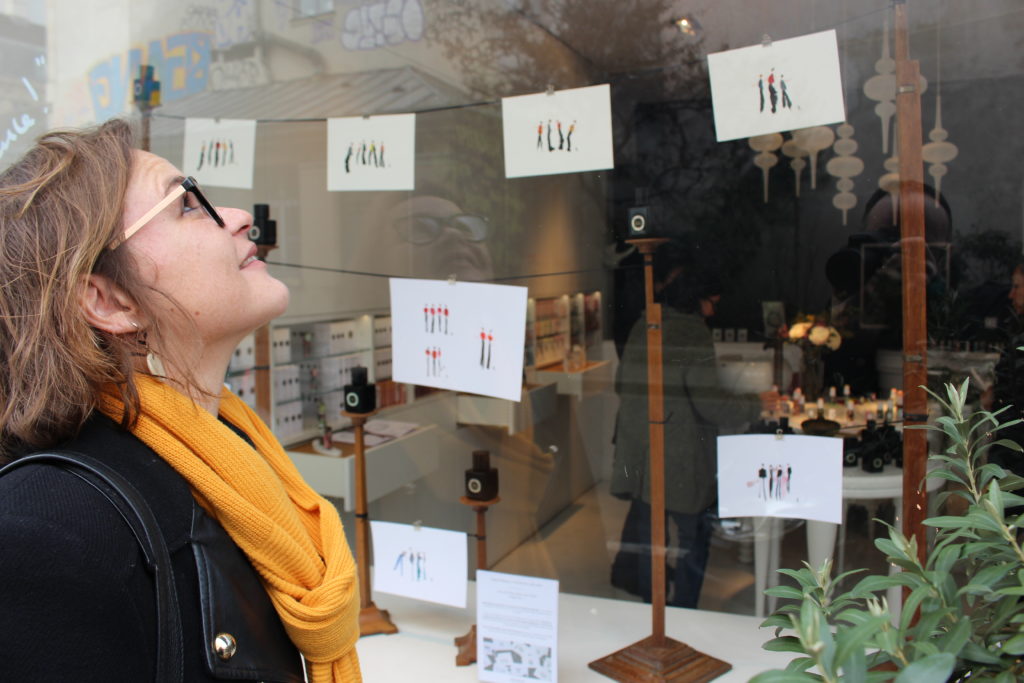 Always sensitive to human relations, the place of men in society (physical and moral) and revolted by the inequality between women and men, Noémie wants to share her vision of the world, a world of free women and infinite narrative spaces.

After studying for a Bac L in Plastic Arts and then a DNAT at the École nationale supérieure des beaux-arts de Lyon (specializing in Graphic Design), Noémie continued her studies in communication and digital marketing to work in an advertising agency while at the same time practicing her art.  After 10 years in this professional environment, Noémie left her managerial position to devote herself entirely to her art. At 33 years old, Noémie Labrosse’s life as an artist is obvious.

The artist questions the relationship between the body and clothing, in a society where appearance becomes DNA. Shouldn’t life be sublimated by clothing? Is the body more alive than the suit? The habit should be one, marry a body, a soul and make them dance. And above all, everyone should be free to decide on this “second skin”.

The artist works on the representation of women, human attitudes and characters alone in a floating, empty space. The body also comes to life in the interactions between characters and its relationship with the viewer. It shares movement and a notion of suspended time.

Watercolour brings the fragility of the body, its simplicity imposes its presence, its strength. The garment is an almost instantaneous witness of the movement given by the body. The line, transparency and matter are linked with the body and its dance.

The “Women” series offers “models” of elegance. Acrylic allows the artist to work the material with finesse while seeking the perfect movement between the body and the garment. In a nod to haute couture, each painting embodies a woman in her own right: “Mila”, “Judith”, “Victoire”…

Noémie Labrosse creates spaces by seeking to simplify shapes, create sensations through colour and the balance of elements between space and characters. The subtle balance of shapes and colours is freed from representation to better capture the feeling of nature or urban architecture. A few seconds of observation will be enough for the spectator to see the sparkling Mediterranean waves, the blurred headlights soaked in city rain, or the refreshing penumbra of a kasbah under the midday sun.

The iPad Pro allows him to extend his search for the purity, movement and representation of women by playing on the infinite textures and possibilities offered by this digital medium. Words can join silhouettes to express feelings and sensations or be sufficient on their own to propose naive, serious, funny, sensitive sentences… as a piece of conversation that she shares with readers. His handwritten writing underlines the words of innocence, spontaneity and sincerity.

In another register, the “people” series parks dozens of small characters in geometric shapes, humorously representing the uniqueness in the multiplicity so characteristic of our lives “one on top of the other”. Each little being has its own colour, its own energy, which contributes to the general atmosphere of the crowd.

After dressing perfume bottles or the showroom of the famous outdoor lounge furniture brand Fermob, Noémie Labrosse exhibits at the Marché de la Création in Lyon every Sunday morning. You can discover his paintings in small and large formats.

The artist is also present on the social networks Facebook and Instagram. And if you pass by 15 rue René Leynaud (Lyon1st) and the door of his workshop is open, go home!